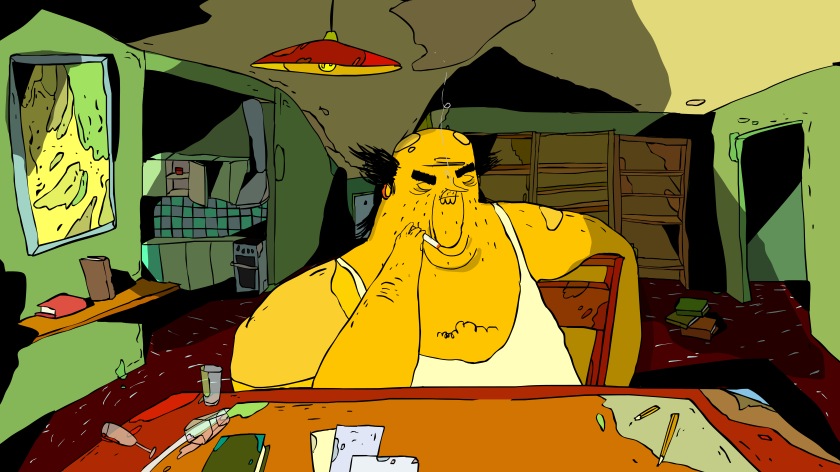 The More I Know started with a simple idea. My hero was to be a person who feels as if he was only a viewer of his life, not its creator. He feels as if everything is happening around him and he is merely following the path that has already been designated by someone or something else. He is doing things, because they are supposed to be done and growing older, but further he gets, the more he realizes that instead of understanding more his confusion is only deepening.

I made this film, because I’ve been occupied for some time with the thought of choice. It feels to me at times that there is no real choice to be made and our lives are shaped by coincidence and things we can hardly influence. On top of that the society has a strong set of rules which are very much defining our understanding of the world. These rules are called normality. Society’s values are passed from parents to children, who have little choice over them and by the time they start realizing it they’re already riding full throttle on.

I have a sticker that reads: “Work, eat, buy, consume then die.” I like it very much and I think it relates to what I’m trying to say, although it focuses on just one part of the topic.

Human life seems to be rather pointless when viewed from a distance and summed up. You lived, had parents, went to school, worked, maybe had children, grew old and now you’re about to die. What was the point? Was it worth it? You certainly suffered a lot. There were happy moments, too. But now, what is it that is left of them? How many childhood memories do you remember clearly? In due time, everything will lose value and perish and will not matter any more. The older we grow the faster time passes. Moments seemed eternal when we were children, but in the world of adults days shrink to to and from.

It might seem bleak, but if you look at it from the right perspective it is an endless source of sarcasm. If you can’t find why, then why bother?

This is what I wrote for GoShort student campus in Nijmegen in 2014, where I was presenting the script:

A weary old man wants to share the story of his life before he dies. We start with his childhood memories and watch him grow up as he is presented with different enigmas life has to offer. Strange things start happening to him, but he is assured by his surroundings that this is the way it is supposed to be. He first seeks explanations by his mother, but when he outgrows the safe sanctuary of childhood the ground he based his understanding of the world on grows suddenly unstable. The tempo builds up and he is in it alone.

He is repeatedly questioning the order of things and longs to seek some deeper meaning, but the further he walks down the path of life the less sense he finds in it. Time is almost up, so what will be the ultimate truth he chooses to pass down the line?

The first concept that I am interested in is normality and its paradoxical status. Normality is taken as something universally valid and understood by all, but its rendering always springs from the social environment that defines it. In other words who is to decide what is normal and what is not? It is very easy to forget or even fail to realize that what I consider normal may feel totally alien to somebody else.

The second field, which is closely linked to the first one, and which I would like to touch upon is the impossibility to share human experience. Even if I realize and accept that every person perceives reality from a different perspective, I can never know it fully.

And finally my third topic is the sarcasm of life that never fails to entertain me, the way existence presents us with questions but maliciously withholds any definitive answers.

Hm. I wonder how much I kept true to the original concept.